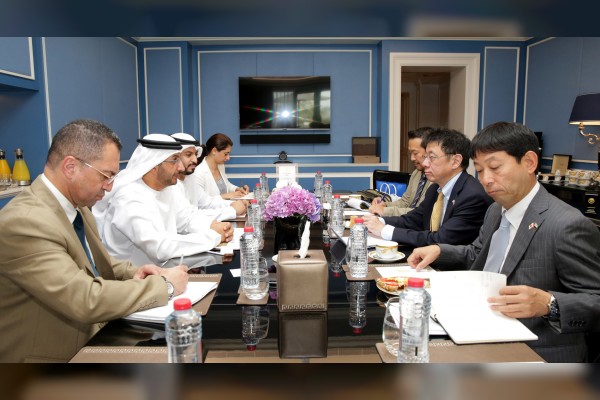 Abdullah Al Saleh, the Ministry of Economy’s Under-Secretary for Foreign Trade and Industry, discussed various means of developing economic and trade co-operation with Japan during a meeting with Yasushi Akahoshi, President of the Japan External Trade Organisation, JETRO, in Dubai.

The two sides expressed satisfaction with their advanced level of economic and trade relations and their mutual keenness to develop effective mechanisms for co-operation, exchange of experiences, and investment in a number of vital economic fields. The aim is to serve their respective developmental goals, especially in the fields of innovation, R&D, and small- and medium-sized enterprise, SME, incubators.

Al Saleh said that Japan occupies a special place as the UAE’s international partner, as the countries have made significant progress in advancing co-operation at all economic and commercial levels.

He specifically pointed to the efforts exerted to fulfil their mutual desire to establish advanced models of collaboration in various major fields that are priorities under their respective economic agendas.

The Under-Secretary also praised the decision of the Japanese Government to exempt UAE nationals from entry visas, noting that this would positively affect their bilateral relations and provide more opportunities for Emirati investors to enhance their presence in the Japanese market.

He further reviewed several prospects for manufacturing partnerships particularly in the petrochemical and aluminium fields, as well as in renewable energy, transport and logistics, and other areas where the two sides enjoy a number of preferential advantages. This, he said, enables promising partnerships for their countries and additional potential investments in other promising markets in Central Asia and Africa.

Al Saleh emphasised the importance of developing joint platforms for enhancing linkages between their private sectors while pointing out that the UAE has issued directives towards organising a number of visits and trade missions to Tokyo to promote the former’s diverse investment environment. Plans include the organisation of ‘UAE Week’ in Japan during the first quarter of 2018 with the participation of officials from the public and private sectors, which will cover major Japanese cities.

Al Saleh further called on Japan to be the partner country in the next session of the SME Conference, while Akahoshi highlighted the importance of maintaining strong economic and trade relations with the UAE.

Akahoshi added that Japan is keen to develop frameworks of co-operation in various vital fields and further diversify UAE-Japan foreign trade to support joint efforts. The goal is to pursue wider horizons and help achieve the development goals of their friendly countries as well as heighten their levels of trade and investment co-operation. 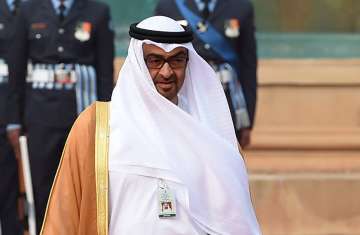