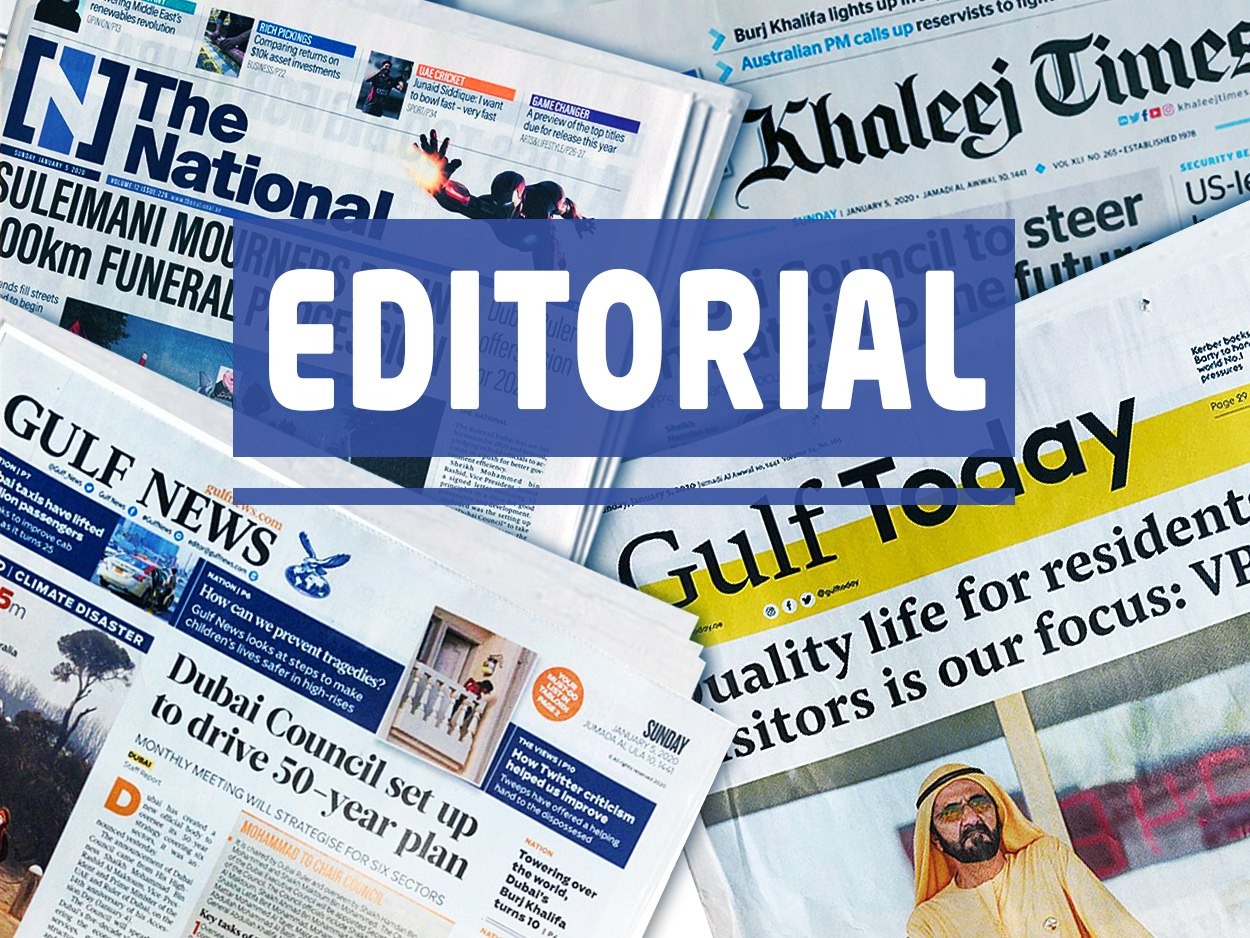 A UAE daily has said that if at all anything, the COVID-19 pandemic has sharply reminded the world of how intimately connected are humans to one another and also nature.

"Human beings depend on oceans for very many things," said Gulf Today in an editorial on Sunday.

"It is impossible to imagine a world without the precious oceans. The future of the planet’s oceans is, however, challenged by serious threats such as climate change, plastics pollution and destructive fishing practices.

"Human activities have a major impact on the ocean, affecting everything from the viability of marine habitats and the quality and temperature of the water to the health of marine life and the continued availability of seafood.

"Better understanding of the oceans is essential for conserving fish stocks and discovering new products and medicines," it added.

The paper noted UN Secretary-General António Guterres's recent message on World Oceans Day, when he said that as we work to end the pandemic and build back better, we have a once-in-a-generation opportunity – and responsibility – to correct our relationship with the natural world, including the world’s seas and oceans.

"Unfortunately", the paper added, "as the oceans are becoming increasingly acidic, marine biodiversity and essential food chains are increasingly being jeopardised. And plastic pollution has become ubiquitous."

It went on, "Tijjani Muhammad-Bande, President of the UN General Assembly, is right in suggesting that everyone take urgent action by putting protection measures into motion to enable the oceans to create a better world on land and under water, 'for generations to come'.

"Separately, Coral reefs across the world are being threatened by climate change.

"The UN Environment Programme, UNEP, estimates that about 25 to 50 percent of the world’s coral reefs have been destroyed and another 60 percent are under threat.

"As oceans become warmer and more acidic, the corals are bleached, an event which Mary Hagedorn, a senior research scientist at the Smithsonian Conservation Biology Institute, compares to a person suffering a heart attack. ‘If bleaching happens on an annual basis then corals may ultimately die off.’"

The editorial continued, "Corals are animals that create their own skeleton to help support them. These animals live in shallow warm waters around the world using sunlight to synthesize their sugar-based food. Reefs are not just "beautiful ecosystems" renowned for their biological diversity, according to Dr. Hagedorn, they are also crucial to life on Earth.

"Corals also provide a natural protection for our coastlines, for example against tsunamis. They also support people’s livelihoods in the form of fishing and tourism and contribute 350 billion annually to the global economy. So, there are many reasons the world needs to save them.

"As for as the global oceans are concerned, the prime concern is plastics pollution.

"Experts have repeatedly warned that there will be more plastic than fish in the world’s oceans by 2050 unless people stop using single-use plastic items such as plastic bags and plastic bottles."

The paper further noted that the "UAE government, on its part, has worked towards striking a balance between economic growth and environment protection. To meet the priority of sustaining natural resources and biodiversity, it has devised multiple strategies, plans, visions, and initiatives."