Norway-UAE: More than 40 Years of Culture 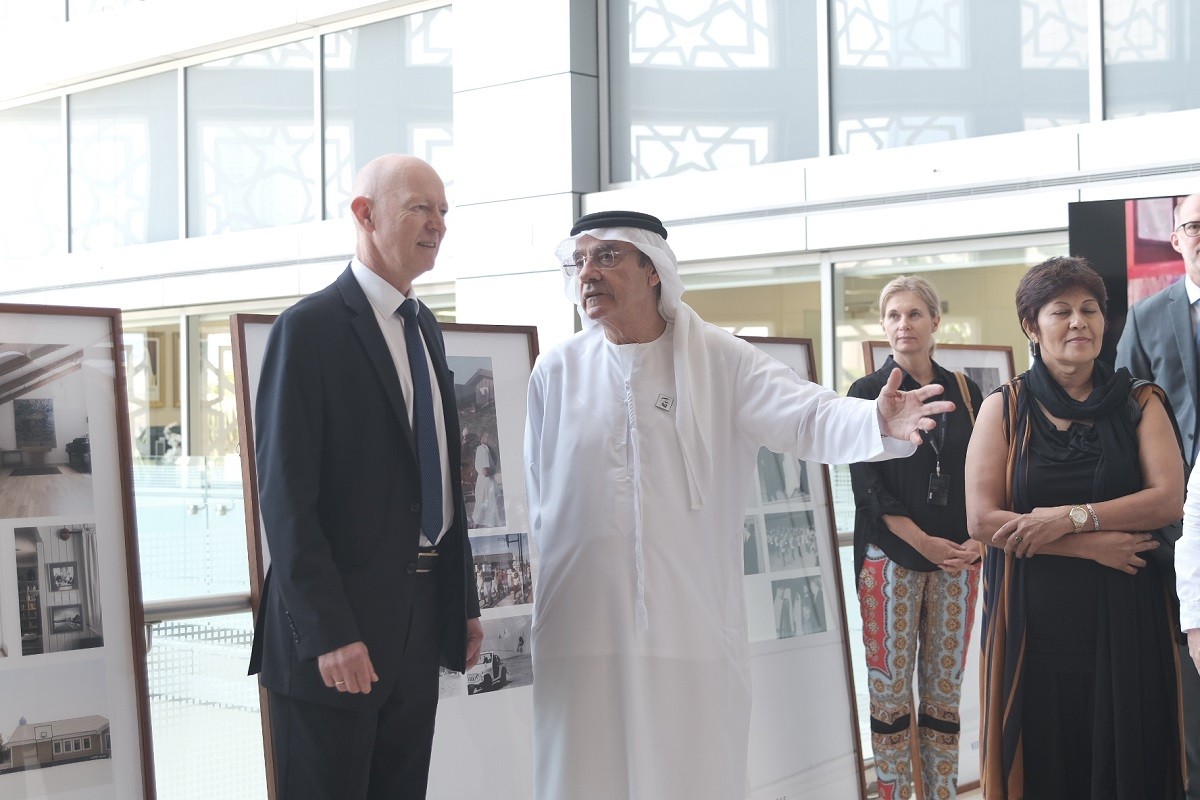 With the presence of HE Zaki Nusseibeh, Minister of State and HE Jens Eikaas the Norwegian Ambassador to the UAE attended the opening of the exhibition Norway-UAE: +40 Years of Culture in the Ministry of Foreign Affairs and International Cooperation. This exhibition was previously on display at MESH – The Nordic Creator’s Community in Oslo. Taking the Norwegian Seamen’s Center in Dubai as its focal point, this documentary exhibition tells the story of the Norwegian community in the UAE and the cultural ties between the two nations through family photographs, videos, historical documents, artworks, and archival materials.

The Norwegian Seaman’s Center, a social, cultural and religious center which has served the Scandinavian ex-patriate community in the UAE since 1976, was built on land donated by the late Sheikh Rashid bin Saeed Al Maktoum, Ruler of Dubai from 1958 – 1990. When the center first opened its doors it was one of the only wooden structures in the Arabian Peninsula.

The building was traditionally pre-fabricated in wood in Norway, shipped in pieces to the UAE and constructed in the Oud Metha neighborhood where it is in operation until today. The stories associated with this site and those of the individuals whose lives it was a part of demonstrates a unique cross-cultural connection between the two countries and the long-standing importance of tolerance, hospitality, and diversity in the UAE.

Virtual Congress of the World Poetry Movement in Africa