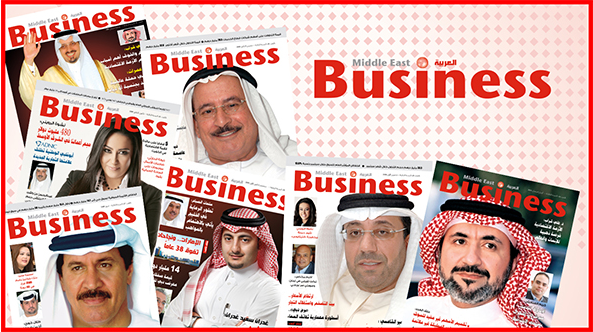 The first releases of “ME BUSINESS” was the economic and political field in the Arabic version; established by Arab economic experts where the core of this magazine was the researching and economical studies center in the middle east. Then the idea got improved to be a political-economical magazine and the (research and studies center) turned to be one of the most important sectors in the magazine that supports it editorially through research, studies, and reports that are prepared periodically. The magazine focused on its first releases specifically on both economically and politically through the accurate analysis of the events whether they’re local, regional or international events and through these different sectors the magazine and the investment activity nowadays holds in its core the marketing mentality and media as well, also the magazine started to pursuit the strong investment status and the ability of competitive existence, in addition, to consolidate the general image of the economic scheme in all the fields.

The current modern editorial policy that the magazine has applied made a lot of people take it as their main source of news, investigations, economic analytics, also for the diversity of the editorial sectors in the magazine, and contains all the economic affairs such as properties, market, banks, tourism, communication technology, case, community, researches, press releases, dialogues, health, business women and several topics that contains the different perspectives of life but in the language of numbers; where life throbs with numbers.

The publishers of the magazine believes in the importance of decision-makers instructions and satisfy their wishes in knowing what goes around them inside and outside the world of business, and from here the magazine started to care about presenting the political, social, sports and artistry fields from economic perspectives; applying to them the policies of multi-printing and publishing service or “multi-content bran”. The reader of the magazine will notice the uniqueness in the magazine, the amazing aspects between the page-flips, where the magazine editorial management works tirelessly to make it royal with the value of information by switching the numbers into a readable/printed subjects to lead the reader to the purpose of the magazine. Also, to include between its pages a lot of doors to grab the attention of the reader; to get the magazine out of the “classical template” of the economical prints, where it focuses only on the style and academic presenting, which makes specialized prints only for the specialists under the motto of (from you & to you) while missing the main objective of its issuance; where it reaches to the ordinary reader, in addition to the specialists of businessmen and that's what made “ME BUSINESS” successful throughout a base that contains a huge number of readers and participants in different majors and fields, also other specialists in business who have been keen to get annual subscriptions in the magazine to ensure their acquisition of the magazine.

Editor of the magazine :

Journalist Mohamed Monier, journalist in “ Al-Ahram Egyptian newspaper”, one of the oldest and most important newspapers in the Arab 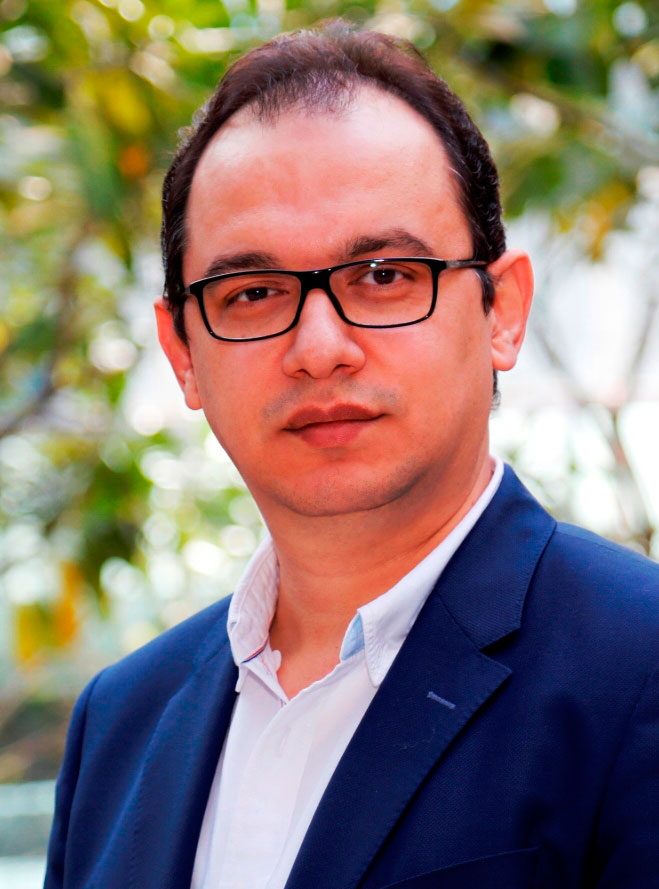 world and a member of groups of Arab and international organizations which are: (member of the UN International Journalists’ Organization, Member of Egyptian Journalists Syndicate, Member of Dubai Press Club, Establishing Member of Aviation Arab writers Federation, Member of Environmental Tourism Committee – Egyptian Federation of Tourism room). The journalist Mohamed Monier received various certificates and honors, for example: (Journalism Excellence Award from Egyptian Journalists Syndicate, Certificate of Honor from the International TV and Radio Festival as the best TV programs writer for the years 1996-1997-1999, Shield of the Second Media Festival established by Zagazig University in collaboration with the Eastern Province “Student at the College of Media in the year of 1996”, Shield of the Egyptian University Youths Assembly 2001-2003, Shield from the famous program “the Best” of Tareq Allam for the best figure, Oscar of Arab Press Award for the best press interview in 2005 awarded by HH Sheikh Mohammed bin Rashid Al Maktoum is the vice president and prime minister of the United Arab Emirates, and ruler of the Emirate of Dubai, group of interviews were published in “Al-Ahraam newspaper” with the title of “the Prisoner” which is regarded as a critical document reflecting the history of the political current prisoners and the reasons of their detention besides their organizations and their contradiction with Egyptian Authority from the beginning of 1952 Revolution) yet it’s a unique experience in Arab press. Also the journalist Mohamed Monier

has received on the same dialogues journalism excellence award for the best press Interview of 2005. His journalistic work was selected as an Example in the Ph.D. study entitled “Creativity in Press Writing” by Dr. Hussam Mohamed Elhamy Ali, Assistant Professor in the Press Department in Akhbar Al Yom Academy. His study included also writings for famous writers from Egypt and Arab countries. His book “The Prisoner” has achieved successful numbers in terms of sales in 2007, Al Hayat Newspaper published in their weekly reports that “the Prisoner” book achieved unexpected success in its selling in 2007 and which exceeded all expectations. This book is regarded as the best selling in 2007. Also, many Arab Newspapers wrote about this book as well as on their websites. In addition, “The prisoner” got several collections; it's about a series of dialogues with political prisoners of writers and thinkers. “Political Prisoner” book is about political arrest in the Arab world. “People’s Artist” book is about the Artist Youssef Wahbi, the book came in (6 parts).

Publication: there’re 45,000 copies in all GCC countries and the Arab countries through the allocated places in various distribution outlets and specialized companies. There’s a number of printed copies that’s for free to the specialized entities in business and money field like banks, industrial and commercial chambers, major financial institutions and companies, as well as senior businessmen, board presidents and executives in various economic fields. The distribution planning that “ME BUSINESS” follows depends on a lot of methods to ensure that the magazine reaches the largest possible community of readers; the following plans are:

● Distributions through subscriptions: The magazine has a long list of subscribers in all Arab countries, that list includes the following: ( employees of the departments of the ministries' offices, governmental and semi-governmental departments, private and charitable offices, banks, private companies, airport employees, oil companies, all categories of hotels and investment companies. )

● Free distribution: A number of copies are sent periodically to public places through official agreements with them, where its distributed to embassy staff, monuments, tourism facilities, commercial chambers, airline offices, car rental offices, and a number of hotels.

● Free distribution - in forums and events: A huge amount of copies are distributed to exhibitions, conferences and international forums that are specialized in various fields ( economic, tourism, investment, real estate )

● Media sponsorship: The magazine has contributed as a major media sponsor and a participant in various economic events; in various forms such as conferences, forums and exhibitions under the framework of media journal which supports all events that contribute in economic rising in the middle east and helps to converge the various economical visions for growth and advancement to keep up with what the world is witnessing in the economical movement.

● Awards: The magazine has won a lot of awards that support its career and success and the magazine confirms that it’s moving on consistent, solid steps that allowed it to secure a very important position in the Arab economical media in the middle east. Also, it took a place in leadership work that made the readers of the magazine get the trustworthiness feeling towards in all Arabic-speaking countries.

● Correspondents: The magazine has a large base of correspondents in various countries of the world which includes accredited reporters in the magazine in each Arab country, as well as European countries to get closer to the center of the event. This base made the magazine achieve successful accomplishments in terms of news, investigations, interviews, dialogues and various press coverages. Also, the magazine doesn’t miss the important role played by local and international news agencies, so the magazine conducted official agreements with the world’s most important agencies to convey the news moment-by-moment.