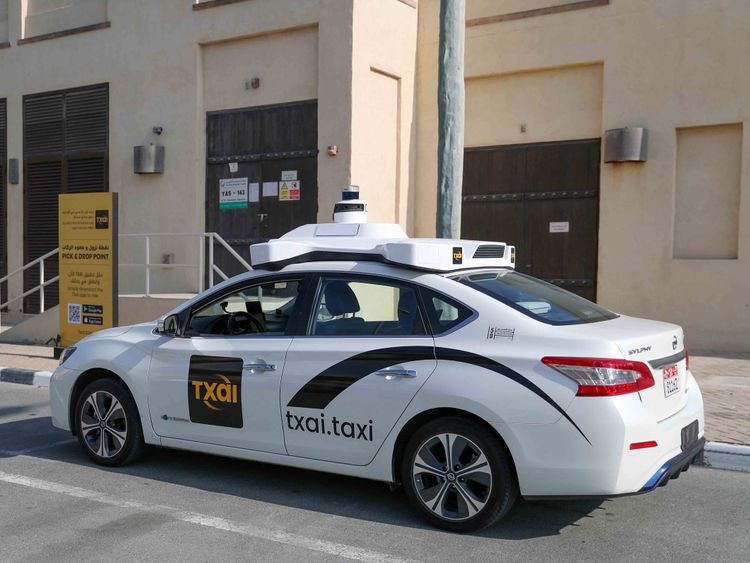 Abu Dhabi residents can now travel on a driverless taxi around the clock via the application, TXAI, available on Google Play and IOS App Store.

In his statement to the Emirates News Agency (WAM), Hassan Al Hosani, CEO of Bayanat for Mapping and Surveying Services, a subsidiary of Group 42, said the first pilot phase of the driverless taxi was launched in Yas Island and will conclude on 23rd December, adding the public may use the application for free during this period.

He added Abu Dhabi residents can reserve rides as soon as they download the application by following the instructions that appear on screen, noting they must be in nine locations in Yas island to book a trip.

The second phase of the initiative will involve increasing passenger transport operations, by operating over 10 vehicles in different areas around Abu Dhabi, he further added.

The current fleet of TXAI vehicles consists entirely of electric and hybrid cars, which will help reduce carbon emissions, he noted.

Bayanat, which specialises in geospatial systems, data analysis and artificial intelligence, recently announced its new fleet of driverless vehicles under the TXAI brand, which represents the first fully-automated taxis in the UAE.