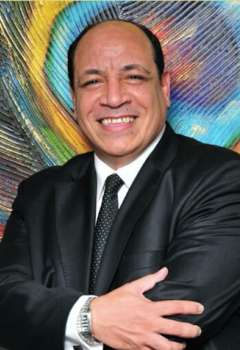 We see the good tidings and the signs of the recovery of the historical role.

We hear the echo of the old civilization comes from the horizon reminding of the days of the great past and looking forward for recovering the global position Egypt is eligible to in the world that has ignored Egypt's value for a long time.

Dwarf and worthless countries dared to challenge Egypt at the time when it was recovering after facing serious ordeals. Those narrow-minded, ignorant people thought that Egypt's great days lapsed and will never come back and that this great civilization became a historic story to tell and bemoan.

In fact, dwarf and tiny countries aspired to exploit the difficult times and ordeals Egypt experienced to assume a role that is bigger than their real size and to seek a position that is beyond their capabilities. Much more serious than that, those dwarfs fantasized that they could control Egypt's decision.

Everyone interested in the regional affairs has seen the Egypt "the regional giant" returning to its natural and logical position, re-arranging the map of the region, rectifying the course of action and placing each country in the position it is eligible to, by employing a policy feature with justice and wisdom, a policy that has never infringed others' right, interfered in their internal affairs, put an eye on their wealth and resources or conspired against them.

During the recent years, Egypt has witnessed a renaissance that it has never seen before except at the time of Mohammed Ali Pasha, when Europe was jealous of Egypt's renaissance and it conspired against and endeavored to demolish that renaissance.

Egypt's political leadership has started in arranging the domestic landscape to suit Egypt's great name. it also has started in re-organizing and arming Egypt's great shield "the Egyptian army", focusing on Egypt's agricultural resources, the food basket for the Egyptians, to achieve food self-sufficiency and creating solidary social system assuring the citizen and protecting him and his family from poverty, hunger and illness, the horrible triangle that threatens any community and leads to the collapse of nations and deterioration of societies.

Egypt's leadership recognized the significance of recovering the confidence and improving the relationship between the Police and the people, where is initiated in a serious attempts to recover the cohesion between them, asserting that the citizen's feeling of social peace is not of less importance than his feeling of security.

A special focus was made on ensuring that the public power or office is not abused and that there are equal opportunities for joining the public posts. However, the relevant controls still require more efforts and work, since inequity and injustice are the main feeder of terrorism.

These positive aspects should be highlighted because they brought Egypt back to its major inside and outside role at the proper time.

Now, all parties are fully convinced of  that fact that no peace and no war without Egypt, the pivotal country in the region that has the assets and pillars for controlling the political decision inside and outside the country.

Moreover, it is clearly noted that in all regional disputes the region witnesses, whether at the Arab or African level, nobody believe that talks are held or initiatives are proposed with regard to the Arab or African issues without considering Egypt's major role.7

Regarding the Arab's main issue "the Palestinian issue", Egypt succeeded in curbing the Israeli aggression against Gaza and controlling the horrible escalation there. Egypt's national role asserts that it is the major sister of the Arab States, which should be referenced with regard to all of the Arab national security issues.

This is simply because Egypt is the honest and trustful defender for this security, and the Egyptian army is the shield drawing the red lines that any transgressor cannot even think to get through.

In this regard, the question is, what the situation would have been if the Egyptian army is not so strong in the Arab region? To answer this question, only look to the countries that collapsed despite having great capacities and potential comparing to those of Egypt.

This is because these countries eroded from inside in the absence of a national deterrent force, and these countries will not recover before decades and their people will remain suffer from the bitterness of displacement and destruction for a long time.

Upon the foregoing, we look forward to see this renaissance extend to two files of critical importance.

The first one is education that shapes the minds of the youth of this nation and its future. It is worth mentioning that the continuity of the current educational policy constitutes a disaster at all levels, where neglecting the educational scholarships to abroad will worsen the status of the Egyptian universities.

The remarkable deterioration of the quality of the primary and university education resulted in having no Egyptian university in the list of the top five hundred universities worldwide.

This deterioration requires comprehensive change in the educational system to keep pace with the developed countries in terms of the scientific research. In addition, part of the budget should be allocated to the scientific research that the State abandoned with no justification. Betting on the man is the major challenges facing the political leadership.

However, there is no doubt that the achievements made in the infrastructure and the new cities are considerably appreciated, after this field remained abandoned and neglected for decades by Mubarak regime, which seize Egypt's free will and brought the country and the people into the swamp of poverty and deterioration.

It is also necessary to pay attention to the well-informed, aware Egyptian Youth, accounting for two thirds of Egypt's population, and to deal with them seriously and to appreciate and understand their way of thinking, not to deal with them from the prospective of guardianship and imposing opinion, since neglecting this file will constitute a time bomb.

Youth is the pillar of the country's future and backbone, and reconsidering the idea of giving them the opportunity to rule as a logical must.

It is also worth mentioning that the political leadership's interest in the climate of freedoms and respecting the other's opinion was added to the political agenda, where listening to the other point of view has become a necessity as long as everybody seeks the best interest and development of the country, as the time of granting or depriving of the attribute of patriotism by a certain body or party as it desires had gone.

There is no doubts that what the political leadership has accomplished is highly appreciated by everyone with no hypocrisy or equivocation. However, we still have many things to do with regard to the files of major significance, namely "the Egyptian person", this man of unique character and great zeal and spirit of giving. A character that has honorable history of facing challenges and building, which is a source of inspiration for the humanity.

Gamal Hamdan addressed this unique character in his four-volumes book "The Character of Egypt", in which he highlighted the details of that character and its ingenuity, in terms of time and place.

Truth be told, President Al Sisi recognized the creativity and excellence of the Egyptian character, and he relies heavily on this character to face many challenges due to his deep belief in its capacities and uniqueness.

Therefore, the media policy shaping the mentality of the Egyptian child should be changed and a respectable example to be followed should be created. It is inconceivable to let the youth, who will build the future of this country, to take the artists, with their social life that is full of vices and lack of values, as an example.

It is also unacceptable to disseminate the idea that money and wealth can be obtained only by following these failed examples.

Egypt has many scientists, men of letters, journalist, politicians and teachers constituting honorable examples that other countries envy us for. Therefore, the role of these good examples should be maximized and they should be taken and followed as models to follow, in order to build a generation that can maintain his heritage and care about his future. To be continued.. 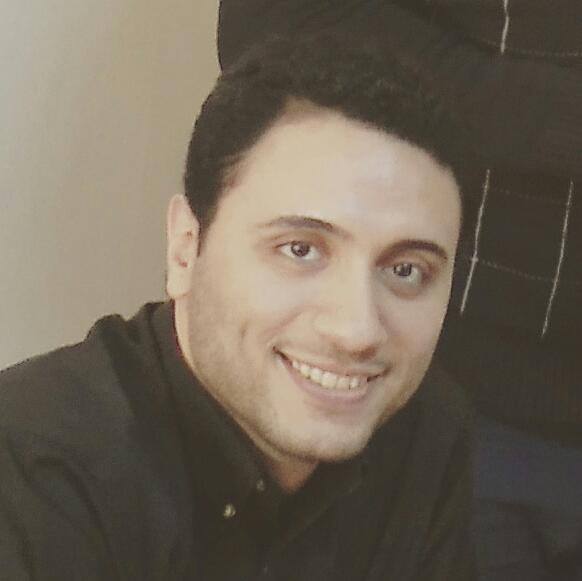