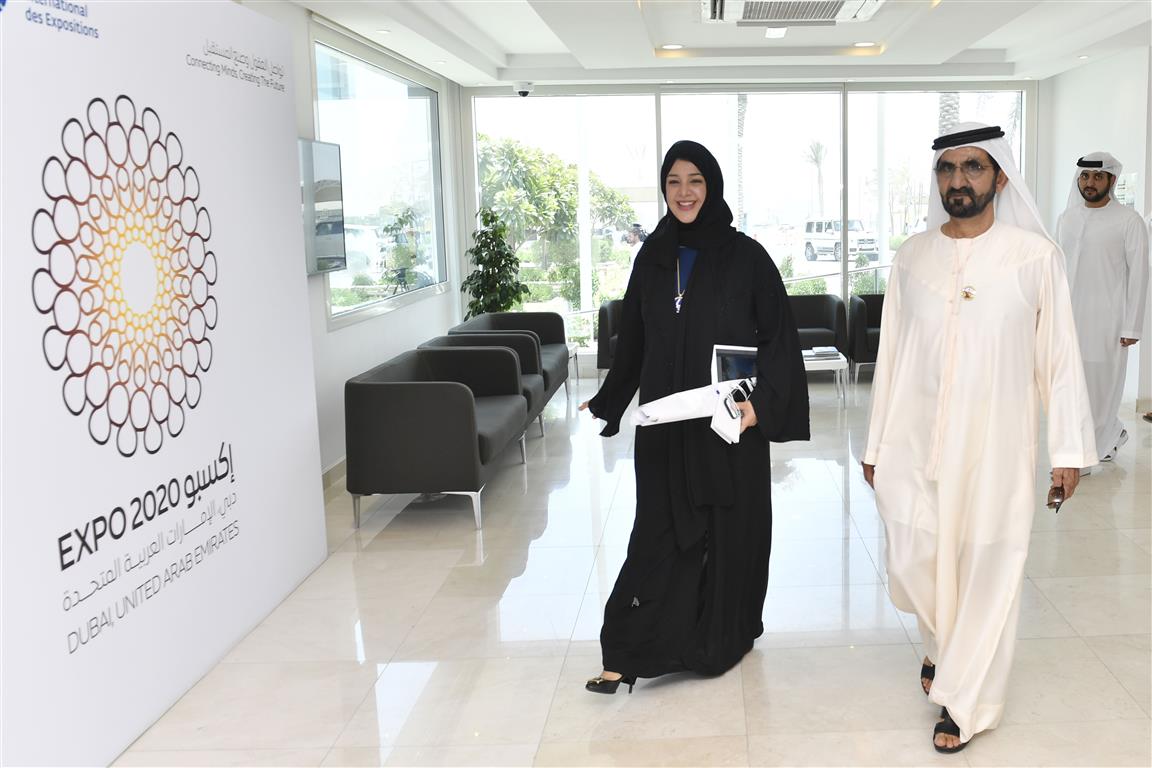 Vice President and Prime Minister of the UAE and Ruler of Dubai His Highness Sheikh Mohammed bin Rashid Al Maktoum, visited the Expo 2020 Dubai Site Office today and said he was encouraged by the developments on site.

Sheikh Mohammed conducted a helicopter tour of the Expo site to see its progress.

Sheikh Mohammed was briefed by department heads and directors on the considerable advancements made by the Expo team in the areas of Real Estate and Development, International Participants, Legacy, Business Development and Integration, and Youth Connect.

He also underlined the importance of youth being integrated in the Expo journey and the key work being carried out involving them in planning both for Expo 2020 itself and the social, economic, physical and reputational legacy that will follow.

Sheikh Mohammed added that he was pleased to see the progress made by RTA in the construction of the Metro link to a new station on the Expo site, Route 2020, which will be one stop from the Al Maktoum International Airport, which is predicted to become the biggest and busiest in the world following completion of expansion in 2025.

He concluded by emphasizing the role of thousands of volunteers who will be recruited to ensure that the culture and values of the UAE will be reflected throughout Expo, which is expected to be visited by 25 million including an unprecedented 70 percent from overseas.

Sheikh Ahmed bin Saeed Al Maktoum commented: "His Highness was a driving force behind our successful campaign to win the right to stage the next edition of the World Expo in 2020. He has continued to be extremely supportive of our mission on our journey since then towards October 2020 and is always interested in our progress.

"We have had private and public commitments for participation from more than 120 countries and have recently announced our seventh commercial Premier Partner.

"His Highness’s visit and continuing guidance is a source of great encouragement and inspiration as we work towards a World Expo that will have a long and meaningful impact on both the UAE and wider region."

Expo 2020 Dubai will be a celebration for all, which, through its theme ‘Connecting Minds, Creating the Future’, will provide a platform to encourage creativity, innovation and collaboration. This is underpinned by Expo’s three pillars: Opportunity, Mobility and Sustainability.

Expo opens on 20 October, 2020, in 1,169 days’ time, and closes six months later, on April 10, 2021. More than 200 participants, including nations, multilateral organizations, corporations and educational institutions, are expected to take part.

It will be the first world Expo to be held in the Middle East, Africa and South Asia (MEASA) region and the Arab World.