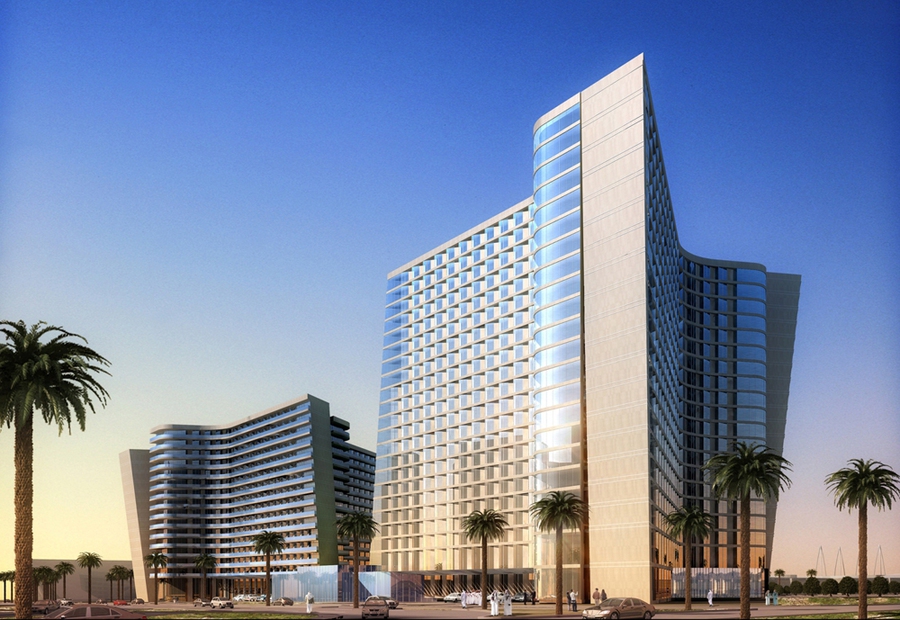 Almost 60% of Saudi Arabia’s current construction pipeline of 143 hotels is forecast to open in 2018, according to a new report.

The ‘Saudi Arabia Hotel Construction Overview’ report by TOPHOTELPROJECTS – compiled ahead of The Hotel Show Saudi Arabia (10-12th April 2018) – has revealed that 84 hotels comprising 27,281 rooms will open throughout the Kingdom this year.

Riyadh, Jeddah, Makkah and Al Khobar remain the busiest areas for hotel construction across the country. Each of these cities rank highly in the Middle East’s top ten most active cities for hospitality development, sitting third, fourth, sixth and tenth respectively.

Hilton is identified as the brand with the most hotel developments currently underway throughout the country. Kamel Ajami, Vice President of Operations, KSA & Levant, Hilton commented: “Saudi Arabia is one of the most important markets in this region, with new legislation and government reforms making the Kingdom more accessible than ever. It represents our largest development pipeline in the Middle East.”

“We have 30 hotels currently under development in around 12 different cities and our development team is always on the lookout for new opportunities.”

In 2018 Hilton expects to see three new hotels open in Saudi Arabia: DoubleTree by Hilton in Makkah’s Jabal Omar development, a midscale Hilton Garden Inn in Al Khobar, and a Hilton in Riyadh.  Between them they will add over 1,500 rooms to the company’s footprint across the country.

Swiss-Belhotel International will also open three new hotels in the Kingdom in 2018 – two in Riyadh and another debut property in the Holy City of Makkah, scheduled for later this year.

“Saudi Arabia is a market that is currently undersupplied in terms of hotels,” said Laurent A. Voivenel, Senior Vice President, Operations & Development for the Middle East, Africa & India, Swiss-Belhotel International.

“The tourism sector has been earmarked by the government as a key driver for growth in the Kingdom’s Vision 2030 economic diversification strategy, with major initiatives to stimulate the travel and tourism industry.

“In addition to mass scale hotel construction, major transport infrastructure projects including the new airport in Jeddah and Haramain High Speed Rail Project, launching this year, will have a big impact. The government is also investing significantly in large-scale leisure, culture and entertainment projects. We are keen to take advantage of this massive opportunity for hospitality development.”

“Alongside a continued focus on the Holy Cities, it is clear that hospitality developments in the pipeline for the Kingdom are being designed to cater to a wider range of travellers including domestic and international business and leisure tourists,” commented Gary Williams, Event Director of The Hotel Show Saudi Arabia.

“Dubai-based Rove Hotels has just announced that construction will begin on its first hotel in the Kingdom this year. The midscale, lifestyle hotel brand will cater to tech-savvy millennial travellers and will be based at King Abdullah Economic City – fast becoming the Kingdom’s hub for business and leisure. Meanwhile, major international brands are focusing on areas such as Al Khobar and Jazan City, close to the Persian Gulf and Red Sea coasts respectively, which offer access to the beach and a growing number of leisure and cultural activities.”

As the hospitality landscape across the Kingdom continues to grow and prosper, The Hotel Show Saudi Arabia – the country’s leading networking and sourcing event for hoteliers and restaurateurs – returns for its 6th edition in Jeddah in April.

Co-located with Stone & Surface Saudi Arabia 2018, the Kingdom’s only sourcing event dedicated to the stone and surface design industry, the events will both take place across three days – 10-12th April 2018 – at the Jeddah Centre for Forums and Events.